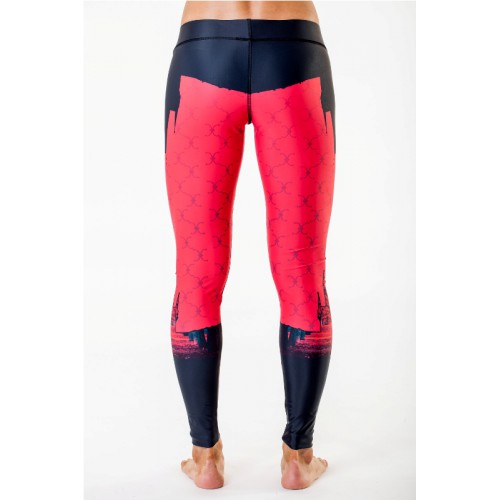 KITnDO’s mission, as you might already know, is to promote cultural diversity by helping everybody to perpetuate his/her cultural heritage through local connections. Since this is our very first article on the blog, we thought why not start with the ‘basics’:

What actually drives us to create the community, what’s the motivation behind this project?

The UNESCO Universal Declaration on Cultural Diversity was adopted in 2001, as an aftermath of the events of September 11th 2001. UNESCO aims to reaffirm that intercultural dialogue is one of the prerequisites in order to prevent the ‘clash of civilization’ and to guarantee the peace. It was the first document of a kind which has addressed the importance of cultural identity, pluralism and this in the context of imminent globalization of the world.

What is ‘cultural diversity’?

Cultural diversity doesn’t have an official definition, it is as diverse as the term implies. The authors of UNESCO World Report generally define it, as the expression of the fact, the awareness that “there exists a wide range of distinct cultures, which can be readily distinguished on the basis of ethnographic observation, even if the contours delimitating a particular culture prove more difficult to establish than might at first sight appear[1]”.

The concept of cultural diversity encompasses cultures, civilizations and most importantly people – transmitters of the culture and civilizations.

“I was born and raised in Russia. When I was 19 I left my country, and came to France to study. Later, I have spent one year in the Netherlands, then I married a Mexican and we are currently living in Germany. How can I identify myself with one single place at this point? Can I ignore the presence of other cultures and civilizations? Of course, no”.

And if 20 years ago, this example could be rather exceptional and rare, today it is not surprising anymore. There is nothing new in the human migration. The cultural exchange exists as long as the humanity does. What has actually changed, is the ease of migration, the speed of culture mixing.

How can globalization be reconciled with the cultural diversity?

The globalization is oftentimes juxtaposed with cultural diversity, as the globalization is commonly associated with the homogenization of society. What globalization does is it impairs the link between the cultural peculiarity and the geographic location by bringing the distant influence into the immediate vicinity[1].

If it is indisputable that globalization involves a lot of risks, it does not necessarily equal the loss of cultural identity and diversity. Quite the contrary, under certain circumstances, globalization presents a source of opportunity for the “preservation and promotion of the fruitful diversity of cultures”[2].

To grasp that idea, one should take into account two statements:

1) Cultures are not fixed and self-enclosed. It is in constant motion and change. The static culture is actually more likely to disappear than the ever-changing one.

The cultural enrichment is possible through the exchange and dialogue with the external parties, e.g. outside the culture bubble.

To take an obvious example of the perpetual movement and exchange of culture, let’s look at the language. The language never stops changing, borrowing new words, concepts from other languages and still keeps its identity.

2) Globalization removes the cultural barriers and gives access to the diversity.

Cultural stereotypes are based on the intrinsic human fear of the unknown. They seek to demarcate one group from the alien other[3]. The globalization, however, reverses such process. As Daniel Rothkopf wrote, it “promotes integration and the removal not only of cultural barriers but of many of the negative dimensions of culture.”[4].

Never before had we such a wide access to the foreign goods, traditions, music, books, food, clothing style etc. It is so normal for us to live mixing the cultures, that we don’t notice it anymore. It has become a part of our culture.

Globalization, increasing migration, urbanization and all the challenges related to it are part of the new reality. The world has changed a lot in the past century and the links between different cultures, entities, and people are so close than ever before.

It is vitally important to find ways how to manage cultural changes effectively.

One can make it with the implementation of the culturally sensitive education, the diversification of the business, introducing new policies etc. But is it enough?

It might be easier for an expat or any other person who gets in a direct touch with a multitude of cultures to comprehend the cultural changes that the society is going through. However, it is not the case for everyone. There should be not only intercultural but also intracultural dialogue.

Instead of pushing people to accept all the cultural differences, we should unveil what’s behind the curtain, establish mutual and respectful dialogue, letting them make their own conscious choice about their culture.

It is only by being aware that the responsibility mainly lies on people – transmitters of culture – that the cultural diversity can be nourished, and the intercultural dialogue preserved.

Are you ready to take that responsibility over?

4 thoughts on “What Is Cultural Diversity And Why Should You Care?”

Leave a Reply Cancel reply
Get on board! 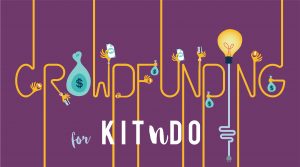 We kicked off our crowdfunding campaign on iFundWomen to scale and to build our sustainable business model. Check out this link for more details: https://ifundwomen.com/projects/kitndo

We appreciate your support! Every amount or spreading the word will help us!

Thank you so much! Martina, Founder of KITnDO